Each Song Tells a Story! 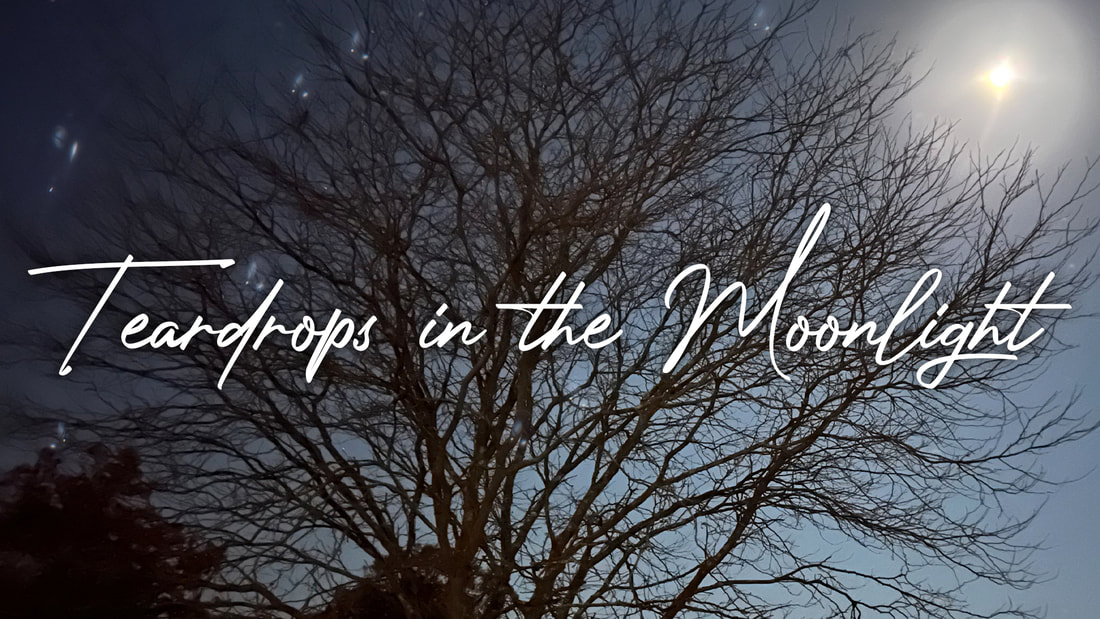 In the extreme early hours of August 26th, 2018, Woolbert stepped out of his home and into the backyard. He was immediately welcomed by many choirs of crickets and an immensely peaceful atmosphere illuminated by the full moon. As he walked toward the backyard exit gate, the crickets and nocturnal insects seemed to surround him and fill his ears from all directions. The moonlight seemed to touch everything in sight with its soft, silvery glow. Upon opening the backyard gate to the field next-door, the choirs of crickets widened considerably; hundreds more could be heard near and far. The tree in the center of the field cast its deep shadow on the emerald glowing grass of the field as the cool moonlight shone on the blue street and white sidewalks. The remarkable beauties present deeply inspired Woolbert, though they could not overpower the looming thoughts in his mind...

It was the morning of Woolbert's imminent return to Cairn University for the Fall 2018 semester. Having experienced a prior academic year of stress and even mild depression, Woolbert began praying about and bracing for the challenges ahead of him. As memories of heavy coursework, frequent rehearsals and other time-consuming tasks flooded his mind, so did the absence of the Girl of his Future. As he walked and listened to the mature, late summer crickets singing on and on, Woolbert reflected upon the emotions of stress and loneliness that had burdened him for some time. Before long, Woolbert went back inside and took to his keyboard and a pair of headphones to express the colors he had witnessed from a combination of the moonlit scenes that he saw and the emotions he had witnessed in the hours before. Within a couple hours, "Teardrops in the Moonlight" was composed. 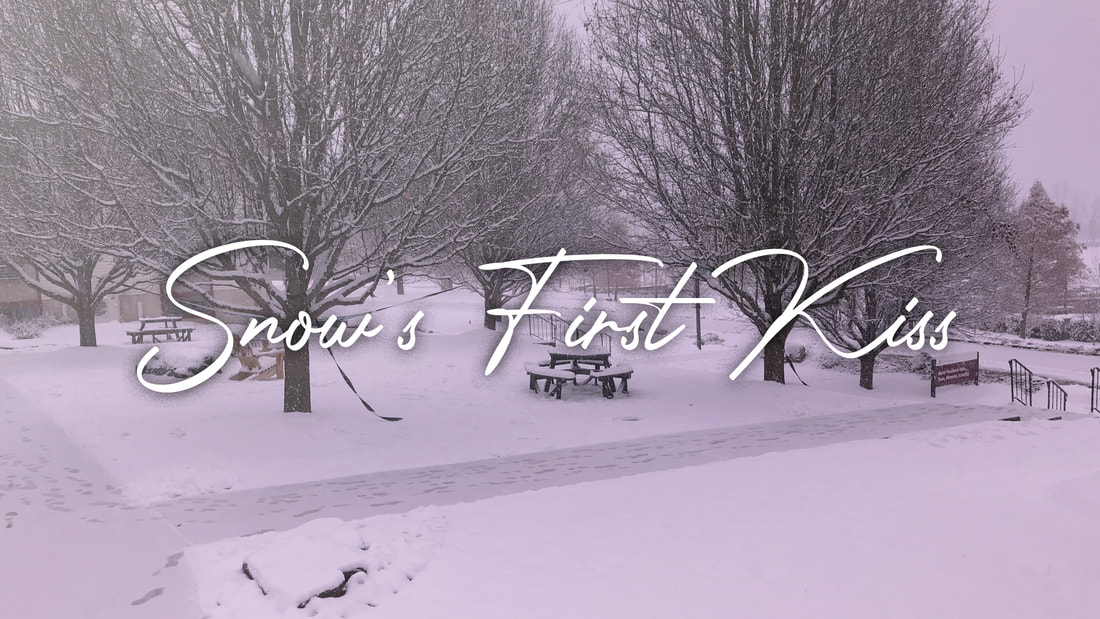 It was a frigid afternoon in November of 2017 when Woolbert walked down the steps of his Cairn University dorm and into the Manor courtyard. The sky was overcast and had a slight purple hue to it. No one seemed to be hanging around the picnic tables; most other students were either in classes or congregating in the dorms' lounges. Suddenly, a small, wintry gust of wind brushed against Woolbert's face. A tiny, wet snowflake lingered on his cheek before falling to the earth. Then another came and fell, and another, then another... each touching the earth like a soft, gentle kiss. It had been the first snow of the season.

A door opened to Woolbert's left. Out from the building perpendicular to his came a beautiful young lady. Woolbert recognized her and waved. She looked at him and smiled in acknowledgment. Just as she descended down the stairs of her building, the sky opened up and snow began falling in glistening white sheets. The two looked around in amazement as nature unfolded before them and the ground began to turn white. Eventually, their gazes met and the two laughed joyfully. For once, even if only for a moment, the stresses of coursework and others' presence had been removed from the equation.

Thrilled in the moment, Woolbert and the girl then ran toward each other and embraced for several seconds as the snow continued falling all around them. After a few sweet words back and forth, the two embraced once more before kissing ever so softly for the first time. After releasing their grasps, the girl said goodbye and ran off to her evening class. Woolbert watched her as she gradually faded into the sheets of falling snow. The vision concluded as Woolbert observed the world in white all around him. Deeply inspired, Woolbert then composed "Snow's First Kiss." 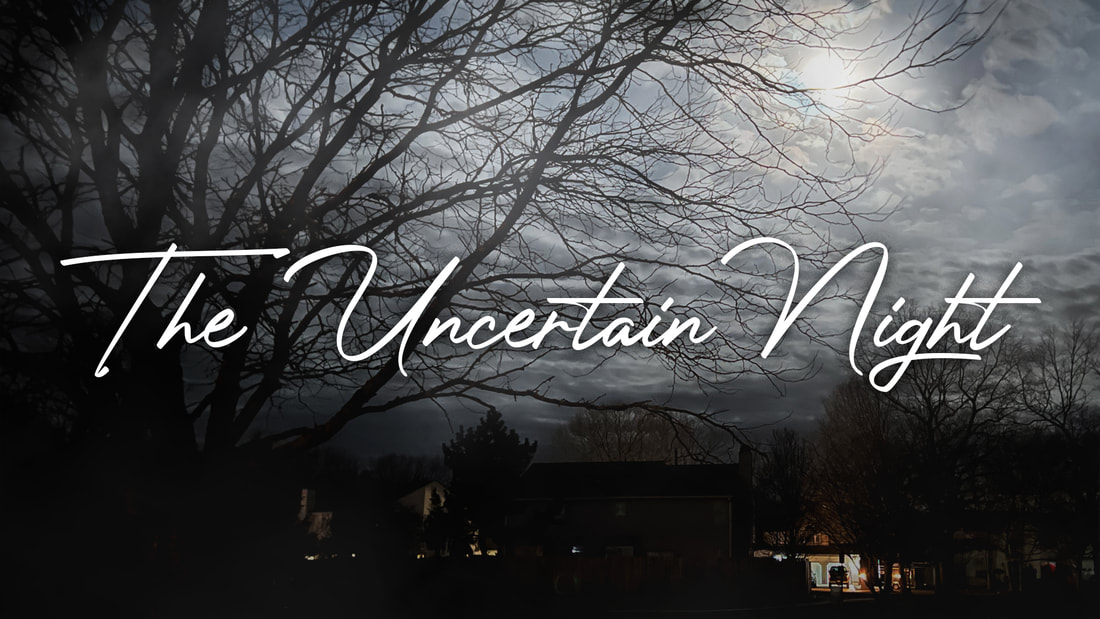 On the evening of October 7th, 2017, Bryan Woolbert was in his Cairn University dorm room doing homework when he decided to take a break and get some fresh air. It was Saturday night, and most other students were taking part in campus activities, socializing, or doing homework. As he walked through the hallways of the dorm building toward the exit door, the typical sounds of students' voices, video games, TVs, and so forth could be heard behind dorm room and lounge doors. However, when Woolbert stepped outside of the building, things were quite different.

The air was pleasantly cool and dry, and a gentle autumn breeze brushed over Woolbert's neck. The moon was full despite being partially enveloped by mostly cloudy skies. On such a mild fall night, one would typically see a few students hanging around the Manor courtyard or passing by the streets surrounding it, but nothing of the kind was happening. The courtyard was completely barren, as were the pathways and roads all around the place. As Woolbert walked down to the street below the courtyard, he scanned the main pathway that connected the dining hall to the administrative building and library, then glanced up toward the music building, then back at the Manor dorms... and not a soul could be seen or heard anywhere!

As Woolbert stood in the street, looking at what seemed like a ghost town all around him and listening to the autumn wind rustling the trees overhead for several minutes, a feeling of foreboding uncertainty washed over him. A sudden gust of wind came from the north as the moon hid behind a large cloud. Inspired by the atmosphere and the awkward combination of emotions he experienced, Woolbert then went back to his dorm room and composed "The Uncertain Night." 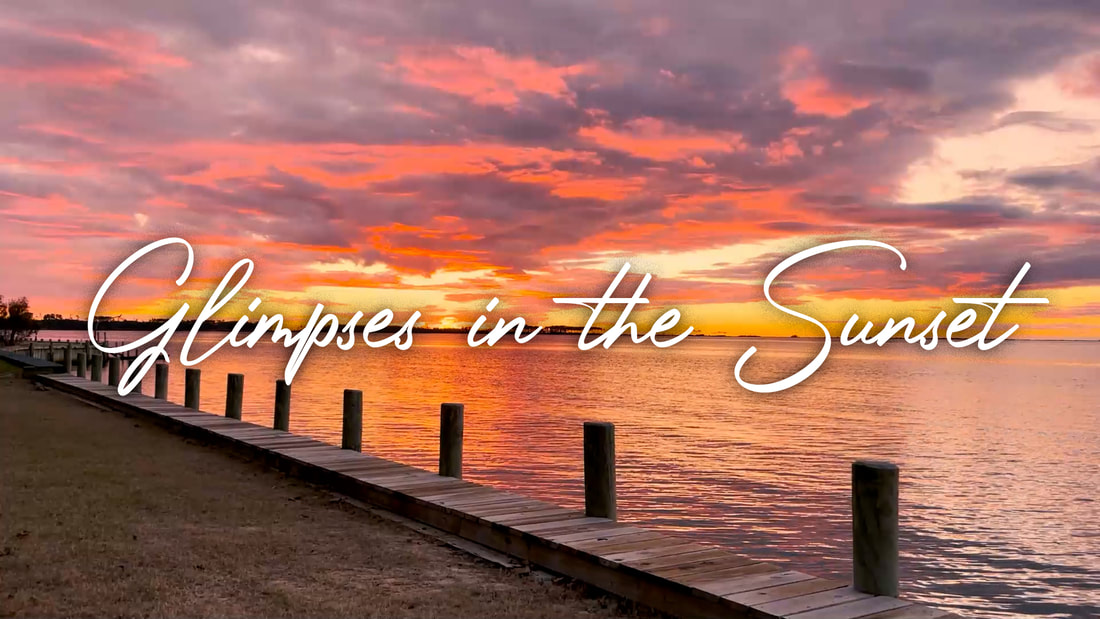 “Glimpses in the Sunset” tells the story of a series of dreams that Bryan Woolbert had about the “girl of his future,” A.K.A. his future wife.

On July 30th, 2019, Bryan Woolbert sat on a park bench down the street from his grandfather’s home on the Eastern Shore of Virginia. Feeling lonely, he began composing music with his keyboard while viewing the sunset. Suddenly, Woolbert began dreaming that the girl of his future appeared in the sunset and gradually walked toward him. Just as she came close enough to embrace him, she faded away and the vision concluded. This dream sequence happened twice. However, during the second dream, time (in reality) had been passing faster than Woolbert realized when he suddenly woke up on the park bench after the sun had completely gone down.Disappointed in having missed the most beautiful part of the sunset (when the red fireball falls into the bay), Woolbert packed up his music equipment, carried it home, and went to sleep.

​In bed, Woolbert began dreaming about being back on the park bench, viewing the sunset, and seeing the girl of his future once again, slowly walking toward him. In a moment of immense peace and joy, Woolbert dreamed of embracing her for the very first time before she faded away into the sunset. Woolbert then dreamed about the most beautiful part of the sunset which he had missed before the vision came to an end.

See this story in action! Watch the Music Video >